Bruce was born and raised in Napoleon.  He has two grown children, Amanda, and Kevin.  He cherishes small town living where he enjoys fishing, hunting and walking his black Lab, Rudy.

Justin was born and raised in Napoleon, ND.  He graduated from Napoleon High School in 2001.  He attended North Dakota State University and graduated in 2005 with a Bachelor of Science Degree in Agricultural Economics.

Justin has over 10 years of ag/commercial lending experience.  His banking career started in July of 2005 with Bank of the West in Fargo, ND as a credit analyst.  In 2008, he was promoted to Relationship Manager Associate.  He then joined Stock Growers Bank in March of 2009 as a loan officer.  He was promoted to Vice President in 2010 and appointed to the board of directors in 2013.  He continues in his roles today as loan officer and director.

Outside of the bank, you will find Justin working on the family farm.  Away from work, Justin enjoys spending time with his wife, Bridget, and four boys, Jackson, Carson, Emerson and Benson as well as golfing and attending sporting events.

Teresa grew up on a farm in the Napoleon area, graduating from Napoleon High School. She attended Aaker’s Business College in Fargo where she graduated with an Associate’s Degree. Teresa has been employed with Stock Growers Bank since September 2008 as the Internal Auditor/Compliance Officer and in September of 2018, she was promoted to loan officer.

In her free time, Teresa enjoys spending time with family and friends, scrapbooking and baking.​

Annette joined Sock Growers Bank in 2001 and has nearly 15 years of experience in the banking industry.  She is a graduate of Emmons Central High School and the University of North Dakota with a Bachelor’s Degree in Accounting.   Starting as a teller, Annette is currently the Cashier for the bank. Annette lives on a beef and grain farm with her husband and they have 3 children. In her free time, she enjoys gardening and reading.

Janet has been with Stock Growers Bank for over 25 years. She brings experience, knowledge and a cheerful smile to her customers and strives to make their banking experience a pleasant one. Building a relationship with her customers and developing a necessary level of trust is important to Janet. She was born and raised on a farm here in Napoleon and enjoys country living, gardening and helping out on the farm. She is lucky enough to have her 4 children live nearby which makes it convenient to spoil her 3 Granddaughters.

Alison joined Stock Growers Bank in February of 2014. Alison graduated from Minot State University in 2014 with a Bachelor’s degree in Business Management and Marketing. Alison has numerous years of customer service and banking experience. Alison is currently the Assistant Cashier at the bank. Her duties  include daily operations, customer service, opening new accounts, bond accounting & reconciliation as well as taking care of the marketing aspects of the bank.

In her free time, Alison enjoys spending time with her husband and daughters, shopping, cooking and reading.

Lisa joined Stock Growers Bank in 2018. Prior to joining Stock Growers Bank, she worked as an Accounting Specialist at CHS. Lisa enjoys working with people and continuing to build relationships with her customers.  Lisa & her husband, Tyler have 2 children; Gabriel & Vincent.  Outside of work, Lisa enjoys spending time with family and friends, as well as spending time outside on the farm helping with the cattle.

Kristen grew up in Napoleon and graduated from Napoleon High School. She joined Stock Growers Bank in 2016. Prior to joining Stock Growers Bank, she worked for Sanford Health in Bismarck doing medical transcription out of her home for 14 years. She has also been the treasurer for her church since 2004. Kristen is an active member on Napoleon Ambulance since 2007 and is currently the squad leader and paramedic. Kristen strives to provide excellent customer service and building a great relationship with her customers.

Kristen and her husband, Todd, have 3 children; Tyler, Trevor, and Lily. Outside of work, she enjoys spending time with her family and friends, camping, gardening, and scrapbooking.

Madison joined Stock Growers Bank in December of 2018.  Madison is originally from Neche, ND.  She graduated with a small class from North Border Pembina High School.  Madison graduated college with an Associate’s in applied science of Business Management from North Dakota State College of Science in Wahpeton, ND.

In her free time, Madison enjoys cooking, camping, and spending time with family and friends.

Adam grew up in the small town of Rutland, ND. He attended Sargent Central High School and North Dakota State University. Starting in 2017, Adam was a sales representative for M&V Chemical & Seed. In 2019, he began working as a sales associate at Corwin Chrysler Dodge Jeep and Ram. As of 2020, Adam began his career at Stock Growers Insurance Agency as an Insurance Agent. 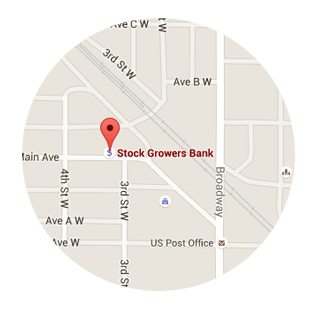 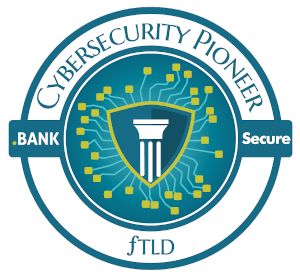